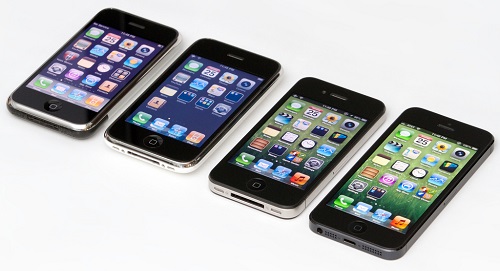 Apple Inc is one of the best-known companies worldwide. Its diversified line of products and its aggressive marketing strategy has brought the company to the center of everyone’s attention many times. Its best known products are the Mac line of computers, the iPod media player, the iPhone Smartphones and the iPad tablet computers. Apple Inc managed to create a strong brand and gained a very large number of returning customers. Apple enthusiasts are known for camping in front of the company’s stores days before new products are launched in an attempt to be among the first to purchase them. Overall, Apple products are gaining popularity worldwide; in the last quarter of 2013 alone, Apple sold over 50 million iPhones and 26 million iPads worldwide, and registered record revenues and profits.

It came as a shock therefore when, on February 21st, Apple officials announced that they had discovered a problem with Apple Inc software.

The problem turned out to be pretty important – the Apple software failed to encrypt e-mails and other forms of communications, making them an easy prey for hackers with access to the user’s Internet. This scenario becomes increasingly threatening in the event that the user is connecting his device to an unprotected network, such as the ones you might find in a restaurant or café. The fact that the software did not check whether the connection to various websites was authentic posed a network security risk as hackers could easily impersonate a generally protected website, and gather financial information from the users during their transactions or communication with them.

Although the company refused to comment on such an embarrassing situation, Apple technicians started working quickly on software updates aimed at properly fixing the bug which was the reason behind this issue. Apple Inc officials later said that the bug was caused most likely by an error in the code sequence handling the verification of server authenticity.

If you own an iPhone 4 or higher smartphone, but also a fifth generation iPod touch or an Apple 2 or higher, you need to search and download the iOS 7.0.6 update. According to the description provided by Apple Inc, this patch fixes the issues which previously impeded the device to properly carry out the SSL connection verification when dealing with a secure website such as a payment website, an online banking website, or one of the e-mail portals.

Apple hasn’t forgotten those of you with older generation smartphones either. Update iOS 6.1.6 was released specifically for those with an Apple 3G or a fourth generation iPod touch. Because of the size of the download, it is recommended that you do not download the updates through a 3G connection. A wireless connection would give you a higher download speed, more appropriate to a file the size of the update – between 16 MB and 35 MB.

Installing updates can be tricky, and often the install might not happen the way it should, leading to critical system errors and data loss. This is why our phone systems experts here in Los Angeles, strongly advise you to first create backups of your iOS device using iTunes or iCloud before installing any iOS updates. That way you know for sure that, whatever happens, your device and the data within are safe.

There seem to have been a great deal of issues with the iOS 7.0 including problems with apps not functioning the way they should, the iOS itself slowing down certain devices, security issues like this one, and battery power unexpectedly draining. iOS 7.0 disappointed many users who would have been more than happy to downgrade to iOS 6.0 again if only Apple had provided them with the option to do so. Overall, iOS 7.0 gave the impression of a hastily put together OS, with insufficient testing being carried out.

Although Apple staff has been really wonderful and the technicians have released solutions to identified problems in a matter of days or hours, we can’t but wonder ‘What is next?’. We can only encourage you to keep an eye out for further problems with the iOS 7.0 and to take the necessary steps to fix the problem.

Security update iOS 7.0.3 was the first iOS update released by Apple. It fixed a bug which allowed a potentially malicious user to bypass the password of the Lock Screen. The next update, 7.0.4, was again a security update, and it included a solution to a problem which consisted in the fact that app and in-app purchases were carried out without the needed levels of authorization. iOS 7.0.5 followed, but it was only released for some of the iOS devices located in China. Finally, iOS 7.0.6 was released 3 weeks after iOS 7.0.5.

Protecting our security is very important. Insufficient data security can be particularly dangerous, as it can lead to unwanted financial and information losses. With wireless internet access becoming increasingly available all over the globe, and given the security vulnerabilities which wireless networks have been shown to have, it might be a good idea to avoid accessing sensitive websites – such as online payment, personal banking, e-mail portals from public locations and networks, especially while using those networks unprotected by password.

Our company encourages you to keep your smartphones up to date with the latest iOS updates. In this manner, you will be able to enjoy a perfectly functional phone, without any fears that your device might leak sensitive data to anyone who shouldn’t have access to it.

Related: How to Secure Your Wi-Fi Connection in 5 Steps

This is Your Last Chance to Abandon Windows 7

Is Your Firewall Configured Correctly?