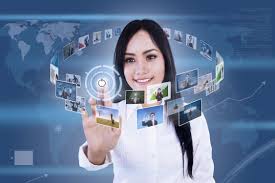 The use of technology in business has become a common phenomenon nowadays, but it wasn’t always the case. In old times, business transactions were not that fast. Since people had to do most of the work with their hands, the pace of the business process was incredibly slow. The absence of faster tools for doing business meant that it was impossible for people to even think about doing business instantly. However, with the passage of time, technological advancements made quicker business transactions possible. This made people realize the importance of technology in business and since then it has become a necessary component (along with IT services) for all types of businesses.

The following is a brief rundown of the history of business technology, which gives you an idea of how much technology has evolved and how it has impacted the way business is done.

First Use of Technology for Business

The history of technology use in business dates back quite a while. Pioneers were among the first people to make use of technology for business activities. They started the use of scratch plow for irrigation and farming which helped them in having surplus food. This excess produce was used by them for trading purposes. The use of the scratch plow was a major technological advancement for that era, because at that point in time people were used to hunting animals and growing their own food. Thus, the first use of technology for doing any kind of business activity was a great success.

Beginning of the Technological Age

The beginning of the nineteenth century is credited for being the starting point of the upsurge in technological advancements. It was during this era that the people started making use of new innovations and tools for doing business. This helped them in speeding up the business process and gave them a chance to explore new avenues for business as well. The inventions that had an impact on the economy during this age were largely mechanical but all of them had a significant influence on how people led their lives. The adoption of these technological advancements by the people later on paved way for other technologies to be used for doing business.

The industrial revolution was when technology resulted in a huge improvement for business and for the economy. It was during this phase that people started realizing how important the use of technology was for business activities. Thus, new innovations like electricity and the telephone were readily incorporated for accelerating the speed of the business processes. The discovery of electricity was a massive boost for businesses as it provided a reliable source of energy for fueling the industries. The invention of the telephone on the other hand was highly beneficial for improving the communication between the business and its clients. Both these discoveries revolutionized the way business was done and became an integral part of every company.

The introduction of computers had a significant impact on the pace of business processes. It quickened the way business was done. With the computers offering a fast and reliable method of performing complex calculations, performing business transactions became a lot easier and quicker. Moreover, computers offered businesses a chance to streamline their processes and to make them more efficient as well. Thus, the invention of computers was a pivotal moment in the history of business technology which made it possible for people to perform business activities at a much faster rate than before. The following are some of the other advantages that introduction of computers brought about for businesses.

>> Computers offered businesses a chance to store all the data and information that they were collecting from various sources.

>> Computers massively added to the productivity of a business by providing it a chance to organize all of its files in an efficient manner.

>> Computers reduced the cost of performing business activities by eliminating the need of extra staff.

>> Computers made it possible for businesses to speed up the processing of information, which helped them in getting business tasks completed much quickly.

After the entry of computers in the business environment, the advent of information technology (and thus, IT services) was the next marquee advancement. Internet and online solutions took the business world by storm. It provided numerous growth opportunities for businesses and became a necessity for them in a very short amount of time. Information technology is continuing to be an important asset for business companies as it is reshaping the way business was done in the past. Now most of business is done online and business transactions can be performed using hand held mobile devices from anywhere in the world without encountering a problem.

Related: [Infographic] The Role of IT in Small Businesses

Looking to the Future

In the future as well, the use of technology in business is set to continue. Now that people have realized how important technology is for achieving business success, it is only logical that business companies will readily adopt new technological advancements. The latest innovations taking place in the field of technology are being used by businesses for improving their services and they are having a great impact as well. Cloud computing for instance is among the most recent technological advancements that has been welcomed by companies all over the world and has significantly helped them in enhancing business efficiency.

Seeing the development of technology over the years, it is clear that the success and growth of business has been down to the evolution of technology. The more advanced the technology became faster and efficient, resulting in reliance on technology. So, it is not wrong to say that technology has played an important part in taking business forward throughout history. Without technology, business would never have flourished and reached the heights that it has done today. Thus, the use of technology in business is extremely important and cannot be underestimated.

One newer aspect of the technology sector that is often underutilized is Managed IT Services in order to best utilize your existing resources, allowing you to save money and continue to grow and scale your business. Learn more with our free Guide to Leveraging Your IT Staff.

What is VoIP and What Are Its Business Benefits?

How to Use Microsoft Windows in the Office